Indeed a wonderful enhancement, especially for hosting companies or enterprises that offer database as a service.

While IO governance is primarily designed to throttle read workload, there is some confusion or misunderstanding that the feature does not throttle Write IO.

In this quick demo, I want to show that Resource Governor in SQL Server 2014 throttles Write IO, with some caveats.

I have 3 databases called RebublicansDB, DemocratsDB and TechedAttendeesDB. Each database has two tables, factproductinventory (a blown up version from AdventureWorksDW) and another simple table called LoadData. The LoadData table is a simple table that accepts default values for all the columns. 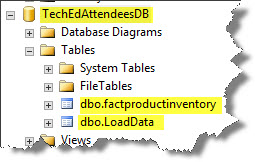 The above setup is part of my larger demo. In this post, I am only going to use TechedAttendeesDB database to demonstrate write IO throttling

Next, I have setup the following Resource Governor Pools and Workload Groups:

So, each Pool has a Workload Group. 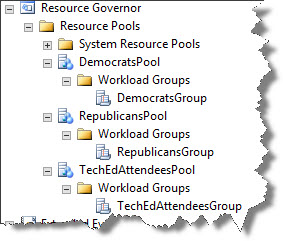 And I have setup a simple classifier function where the incoming query is redirected to the appropriate workload group depending on the Original Database Name.

I start the write workload with a simple looping script:

Surprisingly, you will observe that both counters stay at 0 (zero). Disk Write IO Throttled/sec remains at 0 as there is no throttling (and I will digress more into it in a moment). But Disk Write IO/sec also does not show any value simply because the new pages being allocated remain in the buffer pool and unless a manual CHECKPOINT statement is issued, it will remain at 0. Note that I said “manual CHECKPOINT”, since an automatic CHECKPOINT issued by the system is an internal process and will go to Internal Pool. When we issue a manual CHECKPOINT, the check-pointing code runs under the user context.

Stop the loop. Now let us modify the code and insert a manual CHECKPOINT statement and execute:

And now you will observe IOPs showing up:

Now this is making sense. The CHECKPOINT now runs under the user context and comes under the user defined pool of TechedAttendees and the values show up in the counter. However Disk Write IO Throttled/sec remains at 0 as throttling is still not happening because default MAX_IOPS_PER_VOLUME for a Pool is 2147483647 and 553 is way lower than that.

What I mean is, when we create the Pools, it is as good as this code:

Now, we will restrict as follows:

I intentionally put a value of 100 since I know my lower mark was 300. I will now expect that Disk Write IO/sec will not cross beyond 100.

And yes, rightly so, we can see the write IO being throttled real-time and we have governed the IO not to cross 100 for the given workload.

Conclusion: Resource Governor in SQL Server 2014 throttles write IOs, however these caveats should be known.

About the Author: Amit Bansal

Amit Bansal is always brainstorming around SQL Server. Despite working with SQL since 1997, he is amazed that he keeps learning new things every single day. SQL Server is AB's first love, and his wife does not mind that. He tries to share as much and spreads the SQL goodness. Internals and Performance Tuning excites him, and also gives him sleepless nights at times, simply because he is not a genius, but quite a hard worker and does not give up. It has been a long and exciting journey since 1997, you can read here: https://sqlmaestros.com/amit-bansal/ He is on Twitter: https://www.twitter.com/A_Bansal

Subscribe and instantly get 5 scripts, 3 Hands-On-Labs and 1 performance tuning video, instantly. And continue to get more content updates on SQL. Ad 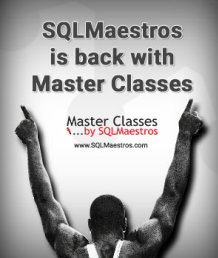